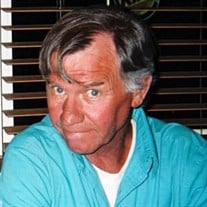 Arthur Eugene Meadows, 68, of Boyd, passed away Monday morning, December 26, 2016, at White Oak Nursing Home in Mt. Vernon. He was born on July, 16, 1948, the son of Georgie and Emily (Jones) Meadows. On July 7, 1971 in Huntsville, Alabama he married Linda Lockwood and she survives in Boyd. In addition to his wife he is survived by two sons, Todd Meadows and wife Kelly of Irvington and Casey Meadows and fiancée Patricia Ryan of Dix, a daughter, Hannah Hammond and husband Casey of Dix, six grandchildren, Chelsey, Mason, Wylee and Stoney Meadows and Harper and Sailor Hammond, two brothers, Harold Meadows and Wife Dawn of Boyd, and Joe Meadows and wife Nancy of Dix, three sisters, Joyce O'Neal of Mt. Vernon, Georgia Quinn of Mt. Vernon and Mary Meadows of Alabama. He was preceded in death by his parents, his first wife, Diane Meadows and a sister Dianne Wright. Mr. Meadows was a truck driver and a member of National Rifle Association. He attended Woodlawn Grade and High School. He enjoyed writing stories, old records and western movies. He will be remembered as a good neighbor who was always willing to help his friends and family. Survives for Mr. Meadows will be Thursday at 7 p.m. at the Osborn Funeral Home in Dix. Visitation will be from 5 to 7 p.m. Online condolences may be made at www.osbornfuneral.com, or on the funeral home's Facebook page.

The family of Arthur Eugene Meadows created this Life Tributes page to make it easy to share your memories.

Send flowers to the Meadows family.