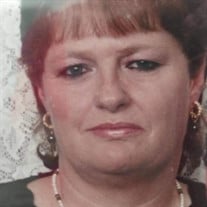 Debra Lee Marshall, 62, of Mt. Vernon, passed away at 7:58 a.m., Thursday, March 4, 2021, at St. Louis University Hospital, in St. Louis. She was born April 14, 1958, in St. Louis, the daughter of Roy Lee and Frieda (Cates) Graham. She attended Carlyle High School, and was of the Baptist faith. She was engaged to marry Jason Hawley, and he survives in Mt. Vernon. In addition to her fiancée, Jason Hawley, she is survived by three sons, Christopher Marshall and wife Kari of Pocahontas, Joshua Marshall and wife Beth of Dix, and William Hall of Keyesport; one daughter, Cassidy Hall of Carterville; thirteen grandchildren; three great-grandchildren; two sisters, Wilma Schmitt of Anderson, South Carolina, and Linda Vannatta and husband Tim of St. Thomas, U.S. Virgin Islands; three nieces; seven nephews; many great-nieces and nephews; and one great-great niece. She was preceded in death by her parents, Roy and Frieda Graham; and two brothers, James Graham and Russell Graham. In accordance with Debra's wishes, cremation rites have been accorded, and a celebration of her life will be held at a later date. Online condolences may be made at www.osbornfuneral.com, or on the Osborn Funeral Home Facebook page.

The family of Debra Lee Marshall created this Life Tributes page to make it easy to share your memories.

Send flowers to the Marshall family.