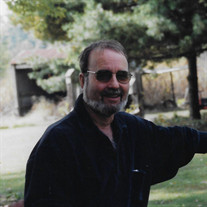 Donald F. Elliott, 77, of Mt. Vernon, passed away Sunday, May 27, 2018, at his home. He was born June 1, 1940, the son of Emerald and Mae (Whitehead) Elliott. On October 24, 1987, at home in Mt. Vernon, he married Sandi Talbert, and she survives. He graduated from Rome Grade School and Mt. Vernon Township High School, and later was known for his work with sheet metal, having worked for Eater's and Swan's. He loved the outdoors, and fishing with his grandchildren. In addition to his wife, Sandi Elliott, of Mt. Vernon; he is survived by four children, Larry Elliott of Ziegler, Bart Echols and wife April of Foley, Missouri, Nicole Crawford and husband Tim of Mt. Vernon, and Dawn Sommerville and husband Terry of Edmond, Oklahoma; six grandchildren, Jared Elliott, Amber Lynn Elliott, Nathaniel Echols, Lucas Echols, Bre Echols, and Cohen Crawford; one great-grandson, O'Reily Elliott; two brothers, Dennis Elliott of Texas, and Marvin Elliott of Mt. Vernon; and two sisters, Dorothy Tate of Mt. Vernon, and Linda Moser of Eminence, Missouri. He was preceded in death by his parents; two sisters, Deloris and Della Elliott; and one brother, Dawsey. In accordance with his wishes, cremation rites will be accorded and a private memorial service will be held at a later date. Osborn Funeral Home in Dix is entrusted with the arrangements. In lieu of flowers, memorials may made to the American Heart Association or the American Diabetes Association, and will be received by mail to the Osborn Funeral Home, P.O. Box 130, Dix, Illinois 62830.Online condolences may be made at www.osbornfuneral.com, or on the funeral home's Facebook page.

The family of Donald F. Elliott created this Life Tributes page to make it easy to share your memories.

Send flowers to the Elliott family.