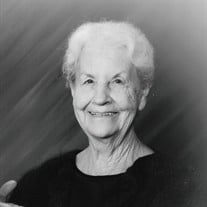 Doris Fern Piercy, 88, of Mt. Vernon, passed away at 6:00 a.m. Tuesday, July 27, 2021, at her home. She was born October 15, 1932, in Donoho Prairie, the daughter of Lytle Reed and Dora (Soger) Hawkins. On November 11, 1949, in Hannibal, Missouri, she married Leroy Piercy, and he resides in Mt. Vernon. She attended the one room schoolhouse at Donoho Prairie, and graduated from Salem High School. She was affiliated with the United Pentecostal Church. After many years working in various restaurants as a waitress, Doris and her husband bought the Burger Barn in Mt. Vernon in 1967, which Doris managed, alongside her husband, until they sold the restaurant in 1986. During the time that they owned the Burger Barn, Doris and Leroy bought a shrimp house on the Gulf Coast of Texas, which she operated from 1976 to 1978, while Leroy worked on the construction of a nuclear power plant. After returning to Mt. Vernon, Doris opened LeDorable Daycare in Mt. Vernon, which she owned and operated until 1995. She spent her retirement years dedicated first to her grandchildren, taking them swimming, thrifting, and buying fireworks; and second to her sisters, running all over Southern Illinois collecting dishes and jewelry. In addition to her husband, Leroy Piercy of Mt. Vernon, she is survived by her children, Victoria L. Hurst and husband Paul of Henderson, Kentucky, Stephen L. Piercy and wife Candace of Iuka, Judy L. Cralley and husband Wayne of Mt. Vernon, David L. Piercy of Mt. Vernon, and Marcie L. Jones and husband Joe of Mt. Vernon; grandchildren, Michael Piercy, Kevin Cox, Joshua Fields, Aaron Piercy, David Piercy II, Gabriel Cralley, Emily Piercy, Lyle Hertenstein, Westerly Jones, Carlie Jones, and Amelia Jones; and great-grandchildren, Hannah Piercy, Ross Piercy, Andrew Piercy, Mesa Cox, Molly Piercy, Jackson Fields, Jay Hertenstein, Rosalind Piercy, and David Reid Piercy. She was preceded in death by her parents; daughter, Anna Lisa Hertenstein; grand-daughter, Ashlee Bailey; daughter-in-law, Kathy Piercy; brothers, Melvin Hawkins and Richard Hawkins; and sisters, Alma Byars and Jean Draege. Funeral Services will be held at 11:00 a.m. Friday, July 30, 2021, at the Osborn Funeral Home in Dix, with Stephen L. Piercy officiating. Burial will follow at Boyd Cemetery. Visitation will be held Thursday, July 29, 2021, from 5:00 p.m. to 7:00 p.m., at the funeral home. Memorial gifts may be made to Shriners Hospitals for Children, and will be accepted at the service, or by mail to the Osborn Funeral Home, P.O. Box 130, Dix, Illinois 62830. Online condolences may be made at www.osbornfuneral.com, or on the Osborn Funeral Home Facebook page.

The family of Doris Fern Piercy created this Life Tributes page to make it easy to share your memories.

Send flowers to the Piercy family.