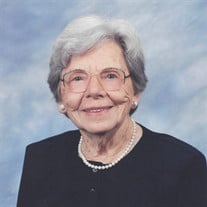 Edna R. Ashworth, 100, of Texico, passed away at 4:20 a.m. Thursday, December 14, 2017, at Mt. Vernon Countryside Manor. She was born September 27, 1917, in Texico, the daughter of Billy and Amy (Daniels) Sager. On September 26, 1937, at her parents' home, she married Howard Ashworth, and he preceded her in death on March 14, 1998. She attended Climax One Room School, and was a Life-long member of Donoho Prairie Christian Church. She was a farm wife, and a member of Home Extension. She was also an avid gardener, and loved roses and other flowers. Mrs. Ashworth is survived by numerous nieces and nephews; one brother, Mike Sager and wife Geneva of Eureka; one sister, Jesse Rose Umbaugh of St. Charles, Illinois; one sister-in-law, Neva Sager of Texico; and one brother-in-law, Bob Layer of Carbondale. She was preceded in death by her parents; her husband; three sisters, Alice Tate, Norma Tate, and Nellie Jo Layer; one brother, Charles Pete Sager; and one nephew, Danny Tate. Funeral Services for Mrs. Ashworth will be held at 1:00 p.m. Saturday, December 16, 2017, at Donoho Prairie Christian Church, with Norm Gruenewald officiating. Burial will follow at Donoho Prairie Cemetery. Visitation will be held from 11:00 a.m. until the hour of service, Saturday, at the church. Memorials may be made to the Old Donoho Cemetery, and will be accepted at the service, or by mail to the Osborn Funeral Home, P.O. Box 130, Dix, Illinois 62830. Online condolences may be made at www.osbornfuneral.com, or on the funeral home's Facebook page.

The family of Edna R. Ashworth created this Life Tributes page to make it easy to share your memories.

Send flowers to the Ashworth family.