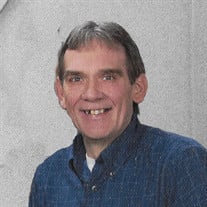 James Allen "Jim" Birdsong, 65, of Mt. Vernon, passed away at 2:40 a.m. on January 18, 2020, at Good Samaritan Hospital in Mt. Vernon. He was born on February 28, 1954, in Tuscombia, Missouri, the son of Ira Michael Birdsong and Wilma Rosetta (Lindsey) Birdsong. On May 16, 1987, at Harvey's Point Christian Church, he married Kathy Gaston, and she survives. Mr. Birdsong was a Service Analyst for the Illinois Department of Employment Security and was a veteran of the U.S. Air force. He enjoyed spending time with his grandchildren, and was a skilled carpenter. He was of the Christian faith. In addition to his wife Kathy Birdsong, he is also survived by three sons, William Brad Thurman and wife Krystal of Salem, Christopher James Birdsong of Jiaxing, China, and Dustin Michael Birdsong and wife Annie of Mt. Vernon; one daughter, Lindsay Roberts and husband Ben of Roanoke, Virginia; and six grandchildren, Wade, Gracie and Emily Garrison, Breanna and Allison Thurman, and Jada Roberts. He was looking forward to his seventh grandchild Adalynn Roberts who is due in April. He is also survived by one brother, John Birdsong and wife Cheryl of Granite City. He was preceded in death by his parents, and a sister, Lenetta King. Funeral services will be Wednesday evening, January 22, 2020, at 6 p.m., at the Osborn Funeral Home in Dix, with Tod Parchman and Jonathan Schnautz officiating. Visitation will be from 4:00 p.m. until the hour of service. For those who wish, memorial gifts may be made to Heart for Central Africa or the American Lung Association and will be received at the service, or by mail to the Osborn Funeral Home, P.O. Box 130, Dix, Illinois 62830. Online condolences may be made at www.osbornfuneral.com, or on the funeral home's Facebook page.

The family of James "Jim" Allen Birdsong created this Life Tributes page to make it easy to share your memories.

Send flowers to the Birdsong family.