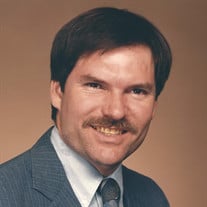 Martin E. Bean, 62, of Granger, Indiana, passed away at 4:52 p.m., Monday, October 10, 2016, in St. Joseph Regional Medical Center in Mishawaka, Indiana. Marty was born on February 28, 1954, in Mt. Vernon, Illinois to Philip Martin and Mary Belle (Briesacher) Bean. Martin had lived in the South Bend area since 1991. Martin had been employed as a Professional IT Specialist with Heraeus Dental in South Bend. He had started his employment with Columbus Dental in St. Louis, Missouri, and was transferred to the Bayer Corporation in South Bend. Bayer was acquired by Miles, and then Heraeus. Marty was a volunteer for the St. Joseph County Police Department. He enjoyed St. Louis Cardinal Baseball, RC Model Plane Flying, and Karaoke. He was very proud to have opportunity to fly a helicopter in the mountains. On September 14, 1974, in Mt. Vernon, Illinois, he married Sue A. Rainey, who survives. Also surviving are his three children, Breona El Azaoui and husband Adil of Granger, Indiana, Shane Bean of Granger, Indiana and Craig Bean and wife Mindy of South Bend, Indiana; seven grandchildren, Averi, Hayden, Gabrie, Claire, Cody, Zander, and Trinity; three sisters, Phylis Bernard and husband Dean of Bonnie, Illinois, Tana Bernard and husband Dale of Bealeton, Virginia and Marsha Jones of Sesser, Illinois; one brother, Philip Bean and wife Shelby of Texico, Illinois; his boxer, Hunter; and his loving extended family. Marty was preceded in death by his parents, Philip and Mary Bean; and his brother Perry Bean. Funeral Services for Mr. Bean will be held at the Osborn Funeral Home in Dix on Saturday, October 15, 2016, at 11:00 a.m., with Jonathan Schnautz officiating. Burial will follow at Jordan Chapel Cemetery, in Texico, Illinois. A visitation will be held from 5:00 p.m. until 7:00 p.m. Friday, October 14, 2016, at the funeral home. Memorial Contributions may be made to the Antioch Christian Church, and will be accepted at the service, or by mail to the Osborn Funeral Home, P.O. Box 130, Dix, Illinois 62830. Online condolences may be made at www.osbornfuneral.com, the Osborn Funeral Home Facebook Page, or on www.kaniewski.com.

The family of Martin E. Bean created this Life Tributes page to make it easy to share your memories.

Send flowers to the Bean family.