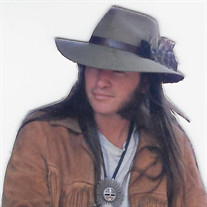 Michael Ray Hawkins, 54, of Mt. Vernon, passed away at 1:05 p.m. on Friday, February 26, 2016, at his home. He was born October 21, 1961, in Mt. Vernon, the son of Larry D. Taylor and Wilma J. (Tinsley) (Taylor) McMahan. At the age of two, he was adopted by Larry D. Hawkins, who survives. In addition to his mother, father, and adopted father, he is survived by two sons, Raini and Bodi Hawkins of Mesa, Arizona; one sister, Debra Margraf and husband Michael of Tempe, Arizona; one half-brother, Alan Taylor and wife Lisa; one half-sister, Jennifer Taylor; three step-brothers, Rick McMahan and wife Pam, Doug McMahan and wife Linda, and Michael McMahan; one step-sister, Cathy Owens and husband David; and several Aunts, Uncles, Nieces, Nephews, and Cousins. He was preceded in death by his step father, Louis McMahan; his grandparents, Earl and Alta Tinsley, Elmer and Ruby Hawkins, Ralph and Altha Taylor, and Andrew and Violet McMahan; and several aunts, uncles, and cousins. Michael loved the outdoors and nature. He enjoyed working with his hands making all types of Southwest Indian wall decor, which has sold all over the world. In accordance with his wishes, cremation rites have been accorded, and a graveside memorial service will be held at the Ebenezer Cemetery, located off the Old Centralia Lane and Hutch Road-1850N, in Jefferson County, on Saturday, April 9, 2016, at 11:00 a.m., with Pastor Aaron Trotter officiating. Memorial gifts may be made to the Ebenezer Cemetery, and will be accepted by the Osborn Funeral Home, who has been entrusted with arrangements. Online condolences may be made at www.osbornfuneral.com.

The family of Michael Ray Hawkins created this Life Tributes page to make it easy to share your memories.

Send flowers to the Hawkins family.