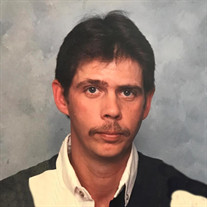 Michael J. Sluder, 61, of Mt. Vernon, passed away at 2:40 a.m. Sunday, July 25, 2021, at St. Louis University Hospital, in St. Louis, Missouri. He was born November 17, 1959, in Milwaukee, Wisconsin, the son of Robert and Sally (Harris) Sluder. He enjoyed photography, assembling model airplanes, and spending time with his family, and loved to watch his grandchildren play. Michael is survived by two sons, Dakota Sluder and wife Ashley of Mt. Vernon, and Austin Sluder and wife Katrina of Dix; one daughter, Alison Denning of Bulpitt, Illinois; five grandchildren, Peyton, Harper, Marcella, Amaura, and Raylon Sluder; two sisters, Vickie Hedrick of Jacksonville, Florida, and Connie Terwilliger and husband Morgan of Pompano Beach, Florida; and Special Friend Pattie Hartwig of Mt. Vernon, and her children Heather and Beau Meyer of Kell, and Robin and Tim Wilt of Mt. Vernon. He was preceded in death by his parents. In accordance with Mr. Sluder's wishes, cremation rites will be accorded, and no public services will be held. Online condolences may be made at www.osbornfuneral.com, or on the Osborn Funeral Home Facebook page.

The family of Michael J. Sluder created this Life Tributes page to make it easy to share your memories.

Send flowers to the Sluder family.