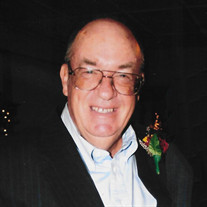 Ronald Eugene McPheeters, 80, of Mt. Vernon, passed away Monday, September 6, 2021, at Benton Rehabilitation and Health Care Center, in Benton. He was born March 25, 1941, in Doniphan, Missouri, the son of George Madison and Ruth Clementina (Pennington) McPheeters. On January 20, 1967, in Olney, Illinois, he married Marilyn Keen, and she survives in Mt. Vernon. Ronald graduated from Mt. Vernon Township High School, and served in the United States Army. He worked at General Radiator for many years, until its closure, then worked as a custodian at Field School, until his retirement. He loved spending time at home with his family. In addition to his wife, Marilyn McPheeters, he is survived by two children, Rhonda Harlan and husband Ben of Opdyke, and Randy McPheeters and wife Angela of Centralia; four grandchildren, Kelly Heine and husband Bryan of Mt. Vernon, Courtney Finney and husband Trey of Waltonville, and Gracie and Kassie McPheeters of Centralia; three great grandchildren, Kess, Kyzer and Kholt; three brothers, George McPheeters, Jr., and wife Diane of Pinckneyville, Kenneth Dale McPheeters of Tolono, Illinois, and John Thomas McPheeters and wife Tanya of Mt. Vernon; and several nieces and nephews. Funeral services for Mr. McPheeters will be held at 1:00 p.m. Friday, September 10, 2021, at the Osborn Funeral Home in Dix, with Pastor Tim Reynolds officiating. Burial will follow at Pleasant Hill Cemetery. Visitation will be held Friday, September 10, 2021, from 11:00 a.m. until the hour of service, at the funeral home. Memorial gifts may be made to the American Cancer Society, and will be accepted at the service, or by mail to the Osborn Funeral Home, P.O. Box 130, Dix, Illinois 62830. Online condolences may be made at www.osbornfuneral.com, or on the Osborn Funeral Home Facebook page.

The family of Ronald Eugene McPheeters created this Life Tributes page to make it easy to share your memories.

Send flowers to the McPheeters family.