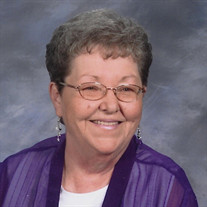 Ruth Ann (Davis) Rice, 76, of Mt. Vernon, passed away at 1:35 a.m. Friday, April 7, 2017, at her home. She was born November 23, 1940, in Mt. Vernon, the daughter of Nellie Lee (Graham) Davis. On April 30, 1983, she married Ray Rice, and he preceded her in death on April 8, 2003. She was a member of New Hope (Webb) Missionary Baptist Church. She is survived by her children, Trina Darnell and husband Kevin of Marion, Mel Hoffman of Denver, CO, Tracy Simonson and husband Curtis of Mt. Vernon, and Jamie Alvis and husband Tom of Walnut Hill; one step-son, Rick Rice of Minnesota; eleven grandchildren; fifteen great-grandchildren; one sister-in-law, Pat Davis; and many nieces and nephews. In addition to her husband, she was preceded in death by her parents; four brothers, Ermal, Nole, Robert, and James Davis; one daughter, Jo Ann Fleener; and one great-great-grandchild, Willow Swan. Funeral Services for Mrs. Rice will be held 11:00 a.m. Tuesday, April 11, 2017, at the Osborn Funeral Home in Dix. Burial will follow at Smith Veterans Cemetery in Belle Rive. Visitation will be held Monday, April 10, 2017, from 5:00 p.m. to 7:00 p.m., at the funeral home. Memorial gifts may be made to the American Cancer Society, and will be accepted at the service, or by mail to the Osborn Funeral Home, P.O. Box 130, Dix, Illinois 62830. Online condolences may be made at www.osbornfuneral.com, or on the funeral home's Facebook page.

The family of Ruth Ann (Davis) Rice created this Life Tributes page to make it easy to share your memories.