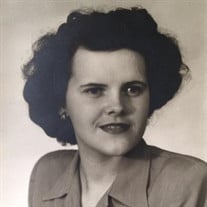 Verl Edith Free, 90, of Centralia, Illinois, passed away Wednesday afternoon, June 28, 2017, at her home. She was born on November 25, 1926, in Monticello, Minnesota, the daughter of Alfons and Grace (Elliott) Johnson. On June 2, 1945, in Seattle, Washington, she married Donald H. Free, and he preceded her in death on August 14, 1975. Mrs. Free attended St. Louis University, and was a telephone operator for McDonnell Aircraft Corporation. She enjoyed animal welfare, oil painting, needlepoint and quilting. She is survived by a brother, Lawrence Johnson and wife Joanne of Olympia, Washington; four sisters, Joyce Newman of Lynnwood, Washington, Audrey Setjada and husband David of Seattle, Washington, Diane Julius and husband Kenny of Piper Stone, Minnesota, and Susan Poe of Federal Way, Washington. Also surviving are several nieces and nephews. She was preceded in death by her parents and her husband. There will be no visitation and a private burial will be held at a later date at the Old Covenanter Cemetery in Walnut Hill. If friends wish donations may be made to the House of Hope in Centralia or the Centralia Humane Society and will be received at the Osborn funeral home in Dix, who is in charge of arrangements.

The family of Verl Edith Free created this Life Tributes page to make it easy to share your memories.

Send flowers to the Free family.